Do Not Be Shocked 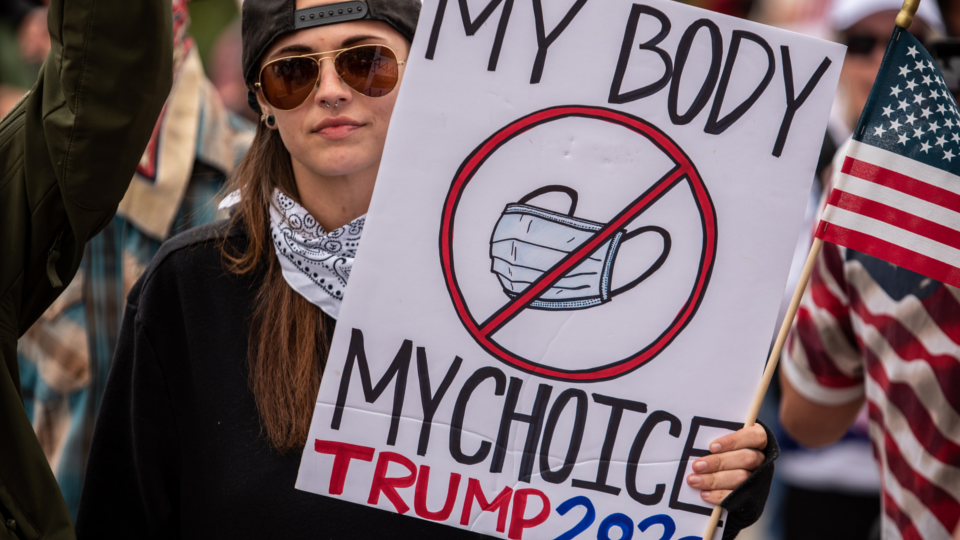 "If you see oppression of the poor and denial of justice and righteousness in the province, do not be shocked at the sight; for one official watches over another official, and there are higher officials over them." –Ecclesiastes 5:8 [1]

This last year has shaken the vary foundations of who we are as the Church of God and the people of God. Conspiracy theories abound, hypocrisy revealed, and unbiblical worldviews prevail. Therefore, we must examine, not only the motivation of our hearts, but the verity and wisdom of our thinking.

Suppose you are driving down the road in your red car on your way home from work. Someone in a blue car speeds by you at 90mph. Since you are longing for home, you hit the gas and try to make up some time, partly envious of those tiny, fading tail lights of the blue car. Next thing you know, blue and red lights are flashing behind you. Time to pull over! Can you believe it? You gotta be kidding me!

The officer comes to the window after a noticeable wait at the side of the road. Muffled through the face mask, you hear the “license and registration please” and “do you know why I pulled you over?” So you proceed to give this officer the what for! “I suppose it’s cause I was speeding! But you missed the guy in the blue car going 90mph! What kind of ticket jockey are you? Are you discriminating against red cars? Or was the blue car moving so fast you didn’t feel like putting in that kind of chase? Didn’t you have to speed to catch me? Isn’t that just as unsafe? If you're going to police people, why don’t you police the real offenders?”

After the rant, the officer replies, “yes, I pulled you over for speeding.” He walks back to his car making you wait forever and then comes back with your ticket, a warning against further violations, and a final, “have a nice day, drive safe.”

The moral of the story is that if you are the red car driver, you better take your lumps, pay your ticket and drive slower or you will be in bigger trouble and have more issues—possibly the loss of your license.

But why would I take the time to write about such a scenario? The reason is that I want to put us in mind how reactionary, selfish, envious, and juvenile we can be. Though you or I may never have reacted this way, we have thought along these lines in similar scenarios of life. It’s unfair. We assume we deserve better. We don’t like it when other people do wrong and get away with it.

This understanding seems to be missing from those of us on the Christian/conservative side during our current political circus. We are told in the Bible what to do and how to do it. But we look for loopholes and justifications to not do what we ought. This is not maturity in the faith. It is us throwing a fit and justifying our rebellion by pointing out the rebellion of those represented by the blue car. (Red=Right, Blue=Left)

David Bahnsen wrote, “Victimhood strips you of dignity and gives control and power to external forces, whether personal or impersonal. This surrender of control impedes the life of joy and strips you of the freedom you were made to enjoy. Your view of yourself cannot be one of ‘me against the world.’ Believing that your boss, spouse, customers, or political leaders are all out to get you results in a life shaped by fear, not love- and certainly not joy.” [2]

We know that if we look at our nation we can divide it up into two classes, the government officials and the citizens, or the ruling class and the taxpayers, or the politicians and the voters, etc. We have a natural tendency to divide and polarize along this line of separation. But there is a danger here that I believe we must guard against. There is a danger of us vs. them that causes us to be blinded to our sins and react with overblown or unrealistic calls to action.

Both sides are sinning right now. The nation as a whole is in rebellion against God and His Word.

"...only a virtuous people are capable of freedom. As nations become corrupt and vicious, they have more need of masters." –Benjamin Franklin, Letter to Messrs, the Abbes Chalut, and Arnaud, 17 April 1787 [3]

According to the American Worldview Inventory 2020 conducted by the Cultural Research Center, “Across America only 6% have a biblical worldview…” In a section dealing with the irrelevance of sin in the US, 77% believe that “right and wrong is determined by factors other than the Bible.” And 79% believe, “the personal definition of success is not based on consistent obedience to God.”

In the Worldview Inventory survey, they also determined, “A majority (52%) of evangelicals reject absolute moral truth; 61% do not read the Bible on a daily basis; 75% believe that people are basically good.”

Why then, do we see our people explode in disbelief, accusations, pride, and rebellious argumentation when we realize that a democrat will be the next President of the United States? Is it that we expect to win and get our way? Do we think we have the majority? Do we think we have enough red states? Do we think we can turn this country around if we get the right guy in office?

Now I want to make clear that we should vote for good representatives. We do seek to steer this nation in the right direction with whatever legal and honest means we can muster. However, I am appalled by our childish reactions to a lost election and how we want to blame the destruction of our nation on “them”, “the corrupt government” and fail to ask why in the world we are being led by corrupt leaders in the first place!

Why have so many states turned blue? Because there’s a bunch of blue people there. If you think that our nation is full of Bible-believing conservatives whose ballots are simply thrown away, otherwise we would win, then you are not paying attention to the sins of the people. Only 6% of Americans have a biblical worldview. Many of those who vote Republican and therefore vote on a side that is more consistent with a biblical worldview, don’t care about the moral direction of the country unless their lifestyle and property are affected. That last statement is one of personal experience knowing people in several communities and seeing their comments, social media posts, bumper stickers, and so on. You can learn a lot about a person from the stickers on their pick-up truck.

Speaking of the messages we see from we the people, I was driving through town and noticed a jeep with Gadsden and Trump flags waving from the back tailgate. It was a patriotic display supported by the bright red paint of the 4x4. On the front window in letters about six to eight inches high read the creed of this red state voter, “ZERO F#$%& GIVEN”.

Now what kind of a person has this message in bold lettering on the front of their vehicle? The kind of person that lives in a community like yours and mine. A kind of person that is self-absorbed, disrespectful, profane, and immature. Yeah, we’re not in a position to take back America if that is our neighbor in a “Christian” community.

Many things about the last four years have rightly been understood as unfair and hypocritical behavior from the left and a large percentage of our politicians. We have seen more dividing of Americans, more bitterness, more stooping to less dignified tactics, more believing in conspiracies, more disinformation, more lies, more vandalism, more threats, more of the things that destroy nations. But again, we must realize that we need to look at ourselves. We need self-examination and a real view of the sin of the people. Our sins are great, and our judgment may have only just begun.

If you think masks, distancing, hand washing, and a democrat President is bad…wait till the real judgment comes.

We should be humbly praying for God’s deliverance from our sinful stupidity, our pride, our selfie culture, our everyone’s an expert culture, and our only believe what I want culture. It’s making it impossible for us to see Christian maturity in a time when we need it the most. Instead of stomping our feet and making our last stand on Facebook, we really should read our Bibles, pray, practice Christian virtues, obey those who have authority over us, and get back to what is profitable for the kingdom.

I hope my concerns are shared by many who have read this far. Nevertheless, if anything, a call to look in the mirror (James 1:19-25) is never a bad thing. And, if we are going to start looking, we might as well begin in Titus 3 concerning our responsibility to our fellow man, both civil authorities and our neighbors.

"Remind them to be subject to rulers, to authorities, to be obedient, to be ready for every good deed, to malign no one, to be peaceable, gentle, showing every consideration for all men. For we also once were foolish ourselves, disobedient, deceived, enslaved to various lusts and pleasures, spending our life in malice and envy, hateful, hating one another. But when the kindness of God our Savior and His love for mankind appeared, He saved us, not on the basis of deeds which we have done in righteousness, but according to His mercy, by the washing of regeneration and renewing by the Holy Spirit, whom He poured out upon us richly through Jesus Christ our Savior, so that being justified by His grace we would be made heirs according to the hope of eternal life. This is a trustworthy statement; and concerning these things I want you to speak confidently, so that those who have believed God will be careful to engage in good deeds. These things are good and profitable for men. But avoid foolish controversies and genealogies and strife and disputes about the Law, for they are unprofitable and worthless. Reject a factious man after a first and second warning, knowing that such a man is perverted and is sinning, being self-condemned." [4]